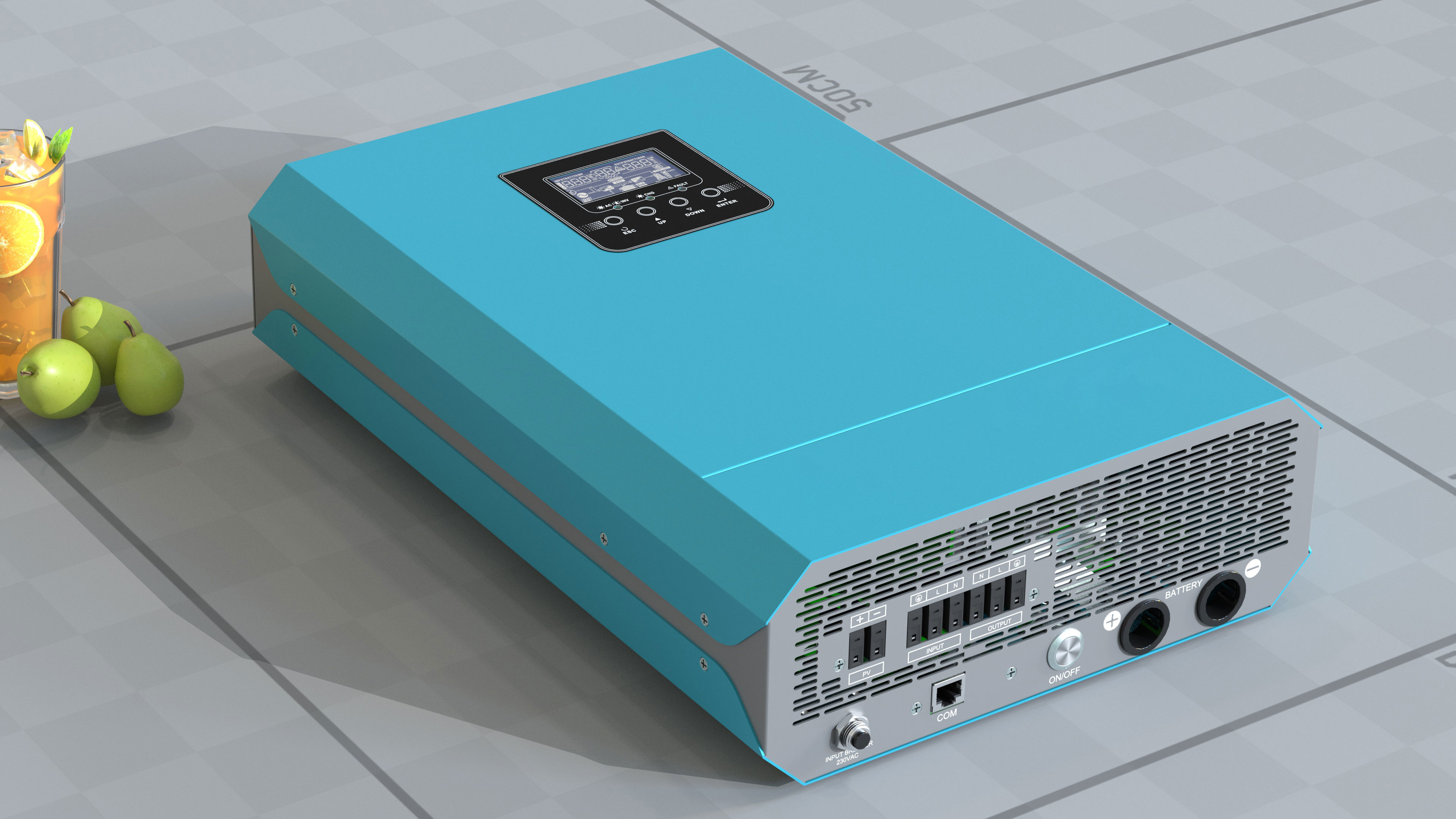 The centralized inverter technology is that several parallel photovoltaic strings are connected to the DC input end of the same centralized inverter. Generally, three-phase IGBT power modules are used for high power, field effect transistors are used for low power, and DSP is used at the same time. Converting the controller to improve the quality of the power produced, making it very close to a sine wave current, is typically used in systems for large photovoltaic power plants. The biggest feature is that the power of the system is high and the cost is low, but because the output voltage and current of different PV strings are often not completely matched (especially when the PV strings are partially blocked due to cloudy, shade, stains, etc.), the centralized inverter is adopted. Changing the way will lead to a reduction in the efficiency of the inversion process. At the same time, the power generation reliability of the entire photovoltaic system is affected by the poor working state of a photovoltaic unit group.

The string inverter is based on the modular concept. Each PV string passes through an inverter, has the maximum power peak tracking at the DC end, and is connected to the grid in parallel at the AC end. It has become the most popular in the international market. inverter.

The advantage of the string inverter is that it is not affected by module differences and shading between strings, and at the same time reduces the mismatch between the optimal operating point of the photovoltaic module and the inverter, thereby increasing the power generation. These technical advantages not only reduce system cost, but also increase system reliability. At the same time, the concept of "master-slave" is introduced between the strings, so that the system can connect several groups of photovoltaic strings together, and make one or several of them work when the power of a single string cannot make a single inverter work. Thereby producing more electricity.

In a traditional photovoltaic system, the DC input end of each string inverter is connected in series by about 10 photovoltaic panels. When one of the 10 series-connected panels does not work well, this string will be affected. If the same MPPT is used for multiple inputs of the inverter, then each input will also be affected, greatly reducing the power generation efficiency. In practical applications, various occlusion factors such as clouds, trees, chimneys, animals, dust, ice and snow will cause the above factors, and the situation is very common. In the photovoltaic system of the micro-inverter, each panel is connected to a micro-inverter. When one of the panels fails to work well, only this one will be affected. All other photovoltaic panels will operate at their best, making the overall system more efficient and generating more power. In practical applications, if the string inverter fails, it will cause the panels of several kilowatts to fail to function, while the impact of the micro-inverter failure is quite small.

The addition of a power optimizer to a solar power generation system can greatly improve the conversion efficiency, and simplify the inverter functions to reduce costs. In order to realize a smart solar power generation system, the device power optimizer can really make each solar cell perform its best performance, and monitor the battery consumption status at any time.